The English Setter is a loving family pet, with a strong instinct to find birds. With regular exercise, they are an affectionate, gentle companion in the home.

Mr. Llewellin began exporting some of his field setters to the United States in the early part of the 20th century. Some consider the “Llewellin” a different breed of setter, however they are simply a line of English Field Setters that can be traced back to Purcell Llewellin’s setters.

Today there are field setters with Llewellin lines, Laverack lines, and also a well-known line of setters known as “Ryman Setters,” developed by George H. Rymanin out of Shohola Falls, Prince Edward Island, in 1916.

Most field setters, including the Llewellin, are registered with Field Dog Stud Book and not with AKC.

Here at SPDR, we rarely see bench setters that need rescuing, but do see field setters in need.

English Setters love people! They love to socialize. Most setters like to go with you and travel well in a car to a dog park, or a place to socialize with people and other dogs. They are very affectionate, quite gentle, and want to be around their people most of the time.

English Setters love to run! They need daily exercise to feel their best. If you give them a chance to run every day, they will reward you with a gentle calmness.

The setter is a bird dog, obsessed with birds. They will freeze and set/point a bird anytime they see one. They will spend hours with their nose to the ground and in the air looking for birds, and other creatures.

Setters need a gentle, kind hand, so children who are rough are not a good match.

English Setters often like other dogs, but they can also be quite independent.

Setters are a sporting breed—a dog with a job—and that job is to hunt birds. Many are very good at this. It does not matter if the person they are hunting with has a gun and shoots the bird, they just want to find the birds.

All that being said, it is very sad to see a setter that cannot be with their humans most of the time.

The Setter’s coat is medium to long and usually requires regular brushing.

Because Setters have floppy ears, they can be prone to ear infections. It is important to check their ears regularly and clean if needed. 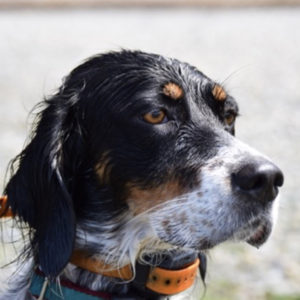 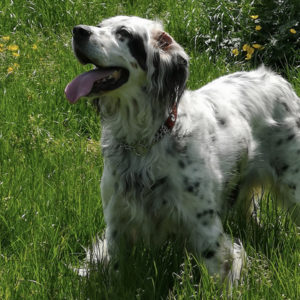 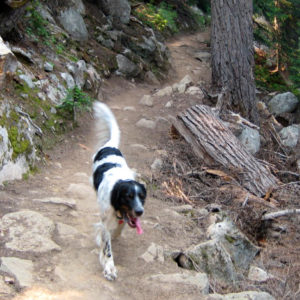